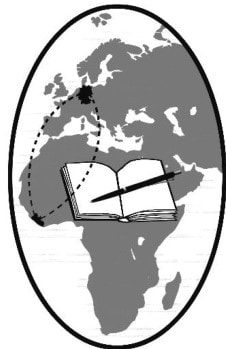 Liberia is a small country in West Africa. It was founded in 1822 and became an independent nation in 1847. It got the population of about 4.5 million.

In its political and social sojourns, Liberia suffered a lot of turmoil but most notably a brutal civil war which lasted for more than a decade. We are recovering gradually from the trauma. Thanks United Nations Peace keeping Force and ECOWAS for their role in bringing peace to the nation thus putting an end to the civil crisis in 2003. Coupled with their effort there are others who made great strides in assuring that peace returned to Liberia. They include the women of the country led by Madam Leymah Roberta Gbowee and former president of Liberia Mrs. Ellen Johnson Sirleaf. Madam Gbowee is a Liberian peace activist responsible for leading a women’s nonviolent peace movement, Women of Liberia Mass Action for Peace. This group helped bring an end to the Second Liberian Civil War in 2003. Leymah is one of the leading peace activists in the country at the moment. She and others like the ECOWAS women’s group continue to sustain the peace and help women and girls affected by the crises build up their life skills. With women’s activism the country enjoys a bit of serenity. It is often said in Liberian parlance ‘women got power’; they are highly respected and favored because of the role they played in restoring peace to the country.  Mrs. Johnson Sirleaf, the first female president of Liberia, during her 12 years rule made efforts in maintaining the peace. She worked very hard to having a clean and safe environment where children, youth, etc. could play and laugh.       .

History has it that the struggle of political power led to the years of war in the country.

The peace being enjoyed by all is fragile because of growing economic challenge, social injustice and the abuse of power. Generally the situation of children in the country has faintly improved. We are grateful to organizations that continue to aid us alleviate poverty.  The government agency for women and children is also making some frantic effort to provide social structures and serene environment for women and children.

Despite all this there is still some level of childhood malnutrition, with a third of children under 5 stunted and 6% acutely malnourished. Diarrhea and pneumonia are the leading causes of death. These are linked to unsafe drinking water and poor hygiene habit.  Cholera outbreak is common and the Ebola crisis in 2014 demonstrated how dangerous that lack of access to safe water, sanitation and hygiene services can be. One in six people don’t use toilet or latrines, and practice open defecation.  A third of the children are young – under age five. Over the years much has improved in child survival and development in the country. Let it be stated that many school going children are still not getting support they need.

The COVID 19 health crisis has also escalated the situation.  Under a third of 3-to- 5 years-olds benefit from early childhood education (ECE), and overage enrollment is common. One factor responsible for this is poor economy. Another is the lack of job opportunities. All these affect children within areas we have our students. The recent outbreak of COVID 19 is stifling the economy so much so that some kids are seen in the streets begging with their physically/visually impaired or disability parents, grandparents or guardians. Some go without meals, others the environment to play, smile or laugh may be a luxury. Many of our kids are challenged in going school or learning skills due to such situation.  The From Street to School (Liberia) continues to remain a beacon of hope, peace and joy.

According to a local survey done by some students in 2019, many parents who are bread-winners for their families remain jobless or earn very low wages due to poor economy and people not paying taxes. The social contract between the state and its people is collapsing.  With this saga some parents can no longer provide basic social needs for their homes.  They live on the mercy of friends of goodwill or charitable organizations. This has caused a growing number of disadvantaged youths to be in the streets as thieves or drug addicts. Liberians still remain people of resilience, loving, peaceful, and cheerful.

“FROM STREET TO SCHOOL, (LIBERIA) INC” is a Liberian Non-For-Profit organization. It was founded in 2002 to provide education for under-privileged children in Liberia, especially street kids and orphans. It was founded by a catholic missionary priest and some German classroom teachers. Mrs. Andrea Schaal from Germany heads the organization while Father Johnny-Clement Kombo is the country representative/coordinator in Liberia. The German Organization has been named “From Street to School und Globales Lernen, e.V.”, to contribute to Liberia’s self-empowerment. It helps young people on both continents and to understand better through learning and experiencing (name and constitution have been modified in 2017, before it had been called “Pro Liberia e.V.”).

Presently FROM STREET TO SCHOOL sponsors 49 underprivileged children in 19 schools, three counties—Montserrado, Margibi and Nimba counties. Our main regional area is Montserrado County. We pay school fees and purchase school materials for students and run workshops. All our funds are raised form charity- donations. Besides paying tuitions, we are paying salaries for tutors who take care of academically challenged students and other most underprivileged students who cannot count on relatives or guardians any more.

Now most of our funds actually come from Germany. Payments on school fees are frozen. Funds for global learning and communication (like workshops and student exchange) are increasing a bit.  The funds are raised from activities held at one school in Munich for us; especially during the pandemic. The school in Munich is operation only digitally most of the time since November 2020. They had only three weeks at school. Lessons are offered few number of students, often half a class. Elective engagements or activities in groups have not been possible. This makes the opportunities to raise money limited for us. We try our best to raise in Liberia through donation.

FROM STREET TO SCHOOL runs a scholarship and Pen Pal program, student’s workshop/excursion and a yearly Essay Writing Competition.  The scholarship got three categories – Gerlib Students (Cooperation with German-Liberian Community Center, Duport Road (since 2009), Cynthia’s Group and Ordinary Scholarship students. Gerlib-students are from very challenging background. Their  parents  depend  on  little income  from  rock-crushing  to  cater  to  their  kids; Cynthia’s group and the Ebola orphans are children who lost both or a single parent during the civil war in Liberia or during the Ebola crisis. Students’ age is from 9 to 20 years. We mix all categories and ages to promote learning by teaching and other social settings that have positive impact on learning and acquiring new skills for students to support themselves while in school.