Reality Talk – Pandemics is a plural …. 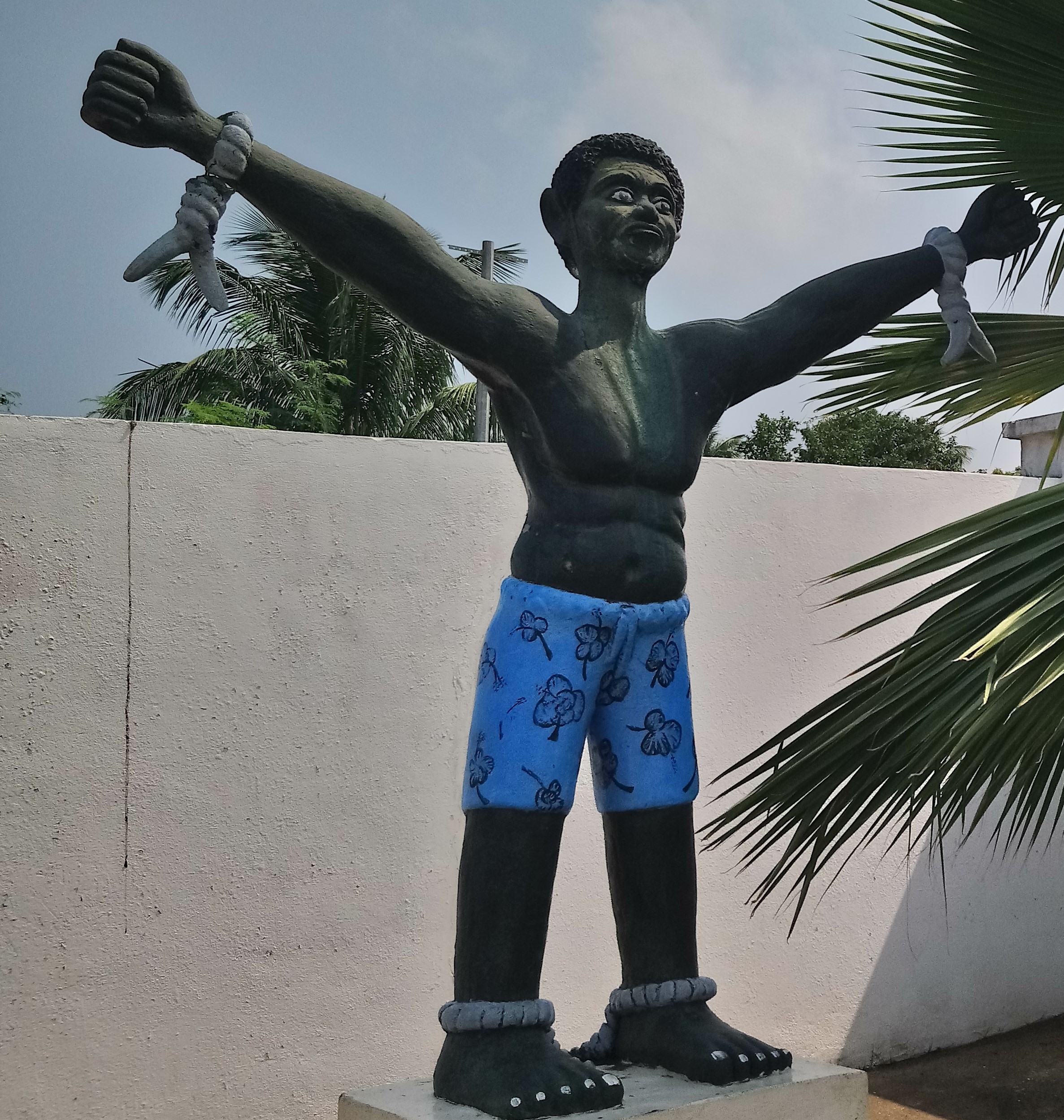 We received an article today that might be seen as a first step towards better understanding of the transformation process that characterizes the 21st century.

The Deadly virus that is not spoken of!

Learn from the three short paragraphs I put as an introduction at the beginning and add them to the article. We could start to discuss more of those deadly viruses of the past and the present. This is why I wrote a preface to it.

Speak : Out and reflect on the reality you meet and act positive!

There are two psychological constructs that go a long way in preventing people from doing what is best for them.

One is called Cognitive Dissonance. Cognitive dissonance is a behavior that occurs when we have been acting as we didn’t want to because of the cultural and moral identity that defines us. You can easily discover cognitive dissonance. Don’t blame those who suffer from it. Nobody may ever be secure! It is even a good sign, when someone has a bad conscious while acting and feels the gap between self estimation and real acting. It is a real bad sign, when someone has lost his or her competence to laugh or to mourn about his or her own activities.

Three examples to show you, what I mean.

Someone could be always beating his child or his wife, whereas he acts as a good man outside.

Someone tends to take drugs, but hides the addiction perfectly before the eyes of his surroundings.

Someone is proud of his or her integrity. She or he would get engaged in a social project. Three years later the same person might be convicted of misusing money for his or her own family.

Human Beings are made of the stories they discover about themselves. This self-owned stories contain a lot of elements that have been learnt by little Human while being brought up and having grown into a big and seemingly well organized community. This community is a story of rituals and solidarity that explains the „Newborn“ what cannot be explained easily. Human Beings are surely the only animals that create themselves a second, a cultural nature and a personal identity with a similar dynamic power that is significant for real nature.

Cognitive Dissonance appears, when the linear stories and the dynamic reality become incongruent.

Humans can feel high self efficacy and motivation to spend high efforts only when they believe that they are valued, that they are important, that the addressees of their activities are their neighbours. I give you three examples:

Capitalist marketing – in contrary to older forms of marketing – evolves with creation of psychological distance towards the process and the products during labouring. I give you a famous short story by Heinrich Böll. He got the point, because he describes the shift in values in industrialized lifestyle.

Climate Change is real. But although we know the figures exactly we are not much better than the Europeans in the Ice Age, who were completely overwhelmed from the ice because the process is dynamic, locally differentiated and long term.

You’d need an „Advocatus Diaboli“ in every discussion, or what they called a „Fool“ in former times or a „Minestry for Future Generations“ or „Nature Rights“ if you’d want to work with empathy instead of fear, which is the means most politicians prefer ìn difficult situations.

I must add a third term that is important in order to understand the transformations of the 21st century better. This term is widely not understood well, but can help to have factual discussions about very dangerous confrontations.

I am talking about the philosophical concept of Ethical Conflict. I give you two examples for ethical conflicts from my part of the planet.

Democracy. The semantic itself expresses an ethical conflict. Demos is greek and means people or citizens and kratos means rule, domination. But: if the people rules over themselves, then nobody dominates. Democracy should be the rule of law and law should protect all who are voiceless, minorities or too old or too young to speak for themselves. Democracy should be a structure of self-organization of communities which helps overcoming paternalistic and worse structures which help some to dominate others.

Capitalism and Democracy are friends, but only as long as the costs of welfare can be externalized. People from high industrialized countries did a lot good, we really know what has been bad, but now we are struggling to act accordingly to our knowledge. We are not yet able to address the main conflicts, because the ethic conflicts are more or less making our culture. – Which, I believe is normal for all human cultures. What do you identify as ethic conflict in Liberian peoples?

For me the question in the center of all the ethic conflicts is something like: How can we know what we should not do, although we could easily perform it?

What do you think? Dare express yourself! Give us an example, a poem, a short story – whatever. Let us learn from each other! All the Munich part of the Liberiaprojekt cannot wait to read your next contributions.

The Deadly virus that is not spoken of!

Everyday around the globe we hear of diseases and virus all over the world. The United Nations, through its organ the World Health Organization spent billions of dollars finding solution to end said disease or virus in the world. Emphatically, this is absolutely good. As health workers will say, your health is your wealth; and this statement is exactly true, because a sick person cannot do certain things that a healthy person can do.

We hear of these diseases and viruses because it affects everyone and those who controlled the world lives are at risk as well; so every media institution will carry the news that a new disease or virus has surfaced on the face of the earth and everyone will be told those mechanism to put in place to prevent oneself from contracting said disease or virus.

For instance, the coronavirus awareness is all over the world that even a child who is born today, knows that coronavirus is contagious so social distancing is needed in order to prevent oneself from contracting this virus. The World Health Organization and goodwill organizations spent billions of dollars to get a vaccine for the coronavirus within less than two years.

Research has proven that there is a virus that is more deadly and killing about eight thousand kids in Africa and parts of Asia on a daily basis and the vaccine for said virus exists, but we cannot hear of this virus because it only affects the poor. The rich controls the media and communication network and since this virus does not affect them therefore, we cannot hear of this virus. This deadly virus that is not spoken of is the ‘Hunger Virus’ and the vaccine for said virus is ‘Food’.

Children died on a daily basis in Africa and parts of Asia from this hunger virus, but I cannot remember when last I heard of this hunger virus on the media; because it only kills the poor and the weak in society. The rich and those in authority care less, because they have not experience this virus not even at once; and since they controlled the media such news is of no relevant to them.

Just as world leaders and international organizations can come together to fight other diseases and virus that are affecting the world, if they have realize that yes indeed thousands of children die on a daily basis from starvation and yes indeed the medication is not something that scientists need to do extra research for discovery; but the medication is at our disposal and that is food, then long time we could have done away with this so-called ‘hunger virus’.

Nowadays, the hunger virus is contiguous that almost ½ of the population of Africa and a good percentage of Asia is experiencing it. Children all over the continent of Africa suffer from this virus, because their parents/guardians are living below the standard of life. But one may be tempted to ask, why is this virus mainly in Africa? To answer this question, I will tell you that this hunger virus is mainly in Africa due to bad leadership. On the average level, African leaders does not care about the people they are governing; all they desire is to enrich themselves at the expense of the masses.

For instance, leaders in Africa will take those resources that are meant for the entire country and divide it among themselves; at the end result the people suffer. It’s so unfortunate that in such a modern world, a leader in Africa can do anything he/she wishes and go with impunity. The lives of the people continue to be ruin while their leaders ride the most expensive cars, with lots of benefits and fat salaries… Some of them even have their sons and daughters names on payroll while they’re not working; these are things contributing to the increase of the hunger virus in Africa.  People work for four to five months without pay; while those ghost names that are placed on the payroll receive salary on time.

Of recent, in my country (Liberia) during this corona pandemic our legislators budgeted something for legislative engagement, were each of them received USD 30,000.00. We have 73 Representatives and 30 Senators, so the total number is 103 lawmakers; so USD 900,073.00 was budgeted just to put in their pockets; because they’re the one making the law, all they care for is how to enrich themselves while the people they are serving starve. Liberians are dying of starvation on a daily basis, no good roads, electricity is a problem; yet still this huge amount was budgeted for few individuals’ personal use.

Children on the continent of Africa continue to die on a daily basis because of food and the worst of all is that our leaders does not care, because they have no knowledge of what it means to go the whole day without food. The corruption on the continent of Africa is what killing us gradually as people. The trend of leadership is what suffering us as people of this great continent, because what is meant for the common good of the masses, few people in leadership will consume it for their personal use and if the masses gets to know and talk about it, nothing will be done because the accuse is the judge.

The hunger virus is more deadly than that of any other viruses, because it kills faster than even the most talk about coronavirus; but it is not heard of because it only kills only the poor.

Listen, if you like, again to Chimanda Adichie’s warning about single stories.