September 2020: Voice of the voiceless 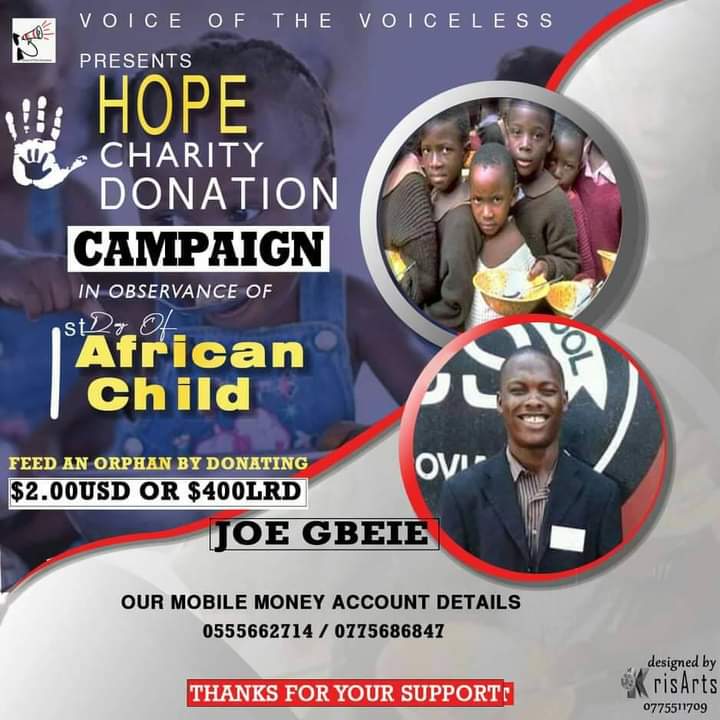 Two years ago, Emmanuel A. Williams had been the first to create a vivid group of responsible minded youngsters in love with life and powerful ideas. Induced by the yearly African Child Day people met in the Centre of Monrovia, made up plans and discussed ideas with open minded adults. The Board Members of From Street to School and the Youth Organization of the archdiocese of Monrovia contributed.

Why do we work with girls and boys on Empowerment through Information?

Liberian Women were those who brought peace to Liberia and struggled to run the country better. But already in 2010 the UN stated a Violent Backlash. “Ironically some of the advances made by Liberian women have complicated their efforts to work together to achieve more. One thing we’ve seen in post-war Liberia is serious competition amongst women. It is not helpful in terms of making more gains. They feel they no longer need to collaborate to get there. We have this huge surge of girls going to school and women are excelling, but the collective way we embraced peace building is disintegrating because everyone is seeing herself as the next big thing. …

There are also signs of a violent backlash by some Liberian men. Initially there was a feeling among some of them that ‘The men have failed, lets give it to the women.’ But now you get ‘You people have had it …The country’s continuing high rates of rape and sexual assault partly reflect that change in attitude. We believe strongly that these are some of the backlashes for women getting overly empowered and really stepping out to do things they never really ventured to do. So yes, we have women being empowered. But we have serious concerns about what women are going through in their home setting and in the community.” (From AFRICA RENEWAL, April 2010, Michael Flechman citing an interview with Leemah Gbowee).

Motivation: Recent statistics show, that the number of sexual Gender Base Violence case have already risen above 90% of the cases of Last year by June. And most of the children been abused are under the ages of 18 years.

General: Adolescent in various schools will be educated to fully protect themselves and their friends against sexual Gender Base Violence such as sex for grades, sexual harassment, rape and the effect of early sex among other.

First: After this education has been established in schools, students and teachers will be encouraged to carry out the awareness at least once each month.

Second: Teachers, Principles and Parents will be involved and trained to let the seeds grow, that we sowed. To keep frustration as low as possible, we offer secure and regular observation and supervision opportunities.

We are volonteers in our twenties and thirties who have received a training on supervising activities concerning Empowerment through Information. Most of us are still studying in college or university, but some are already working in the field of medical treatment and education or as tutors of younger students.

Organizational and Financial Background: Let’s Inform to Empower (LIFE,Liberia), is a Liberian non-profit-organization. The program will reach more than thousands of students in all of our 50 partner-schools within the one academic calendar year. The School Year starts in December 2020. Preparation courses have been already settled. Through Let’s Inform to Empower,  teachers will be trained to fully utilize his/her authority at the School for the sustainability of the program in providing oversight. Let’s Inform to Empower (LIFE)will also provide opportunities for our students to experience first-hand various of  solving their socio-economic, and academic challenges, as well as standing up against social injustice and abuse. They will also learn from our team on how to report sexual exploitation case.

Further financial support is needed urgently, now. Liberia has been running into an economic crises the year before the Corona-Pandemic forced the lock down. The bad education standard, the family backgrounds in poverty, war and unemployment bear disadvantages that hits the children who cannot help it.

Please turn to the confidence of From Street to School und Globales Lernen to benefit our children, especially the girls. Every Dollar will reach us! – Reference: Voice of the Voiceless.